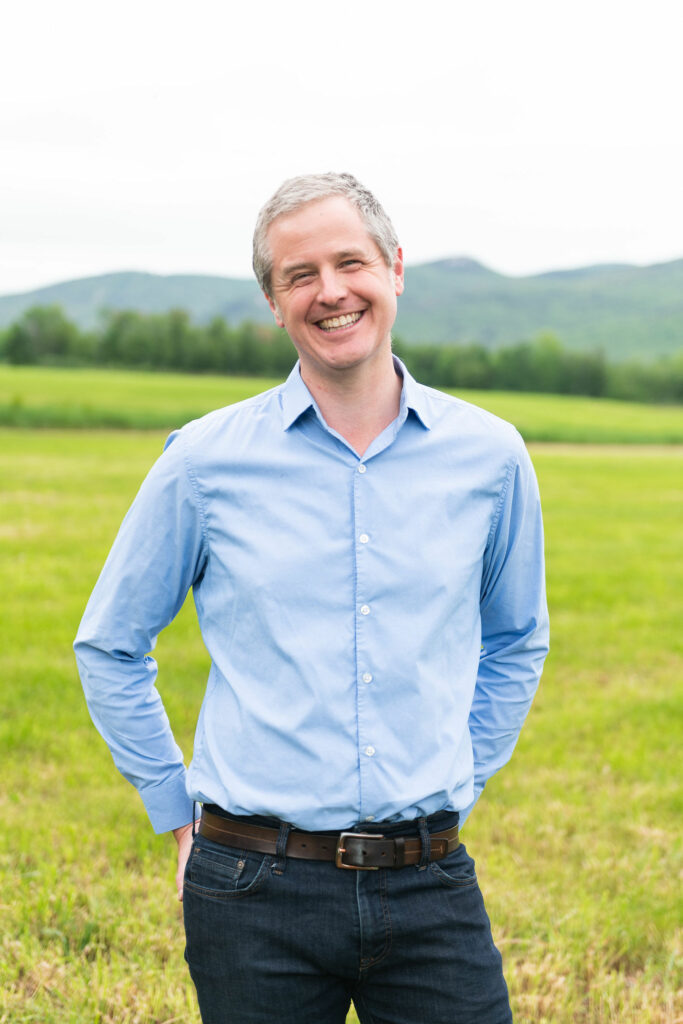 David Paige is inspired to run for state representative by his commitment to supporting working families, kids, and educators in the Valley. Over the last two years, the Republican majority in the legislature has pushed damaging legislation limiting women’s access to abortion, putting the lives of trans kids at risk, and hamstringing teachers in their important role of preparing students for civic life. David is running to defend our rights from these attacks and to refocus on the issues that matter to working families.

David has a track record as an effective public servant and dedicated volunteer, both locally and nationally. He served for six years on the Conway Public Library Board of Trustees, leading for two years as Chair and two as Treasurer. Of the library’s many accomplishments over that time, he is proudest of working with his library colleagues to defend inclusive educational programming and of winning support for the library’s budget needs.

Currently, David serves as a Trustee of Northeast Woodland Chartered Public School. He is honored—working with incredible administrators, faculty, and board colleagues—to have been a part of launching and growing a successful school that now serves nearly 200 students and their families in the Valley and marries a whole-child educational philosophy with an outdoor, place-based curriculum celebrating the unique beauty of our corner of the world.

Nationally, David has held leadership roles within the American Library Association, including serving as a division President in 2020–2021. In this role, David worked with partners around the country to support libraries targeted by campaigns to censor programs and materials, particularly those related to LGBTQ, Black, and other minoritized groups. Today, he continues this work serving on a steering committee shaping the national response to America’s escalating crisis of book banning.

David met his husband, William Abbott, in Maine in 2002, and they were married in 2008 in the midst of the fight for marriage equality.  William led the Upper Saco Valley Land Trust for 10 years and today works for the New Hampshire Charitable Foundation.

David and William’s two beautiful kids, ages 5 and 7, are the 10th generation of David’s family to live in their farmhouse on the West Side. David considers himself blessed to be able to raise his children surrounded by the natural beauty of our Valley in a home and landscape filled with the memories of his beloved grandparents, Frank and Carol Kennett.

David has spent his professional career in a wide range of roles within the publishing industry, beginning with a job at a specialty publisher of Eastern European literature in translation and culminating with his current role leading an editorial division at London-based Bloomsbury Publishing, best known as the publisher of the Harry Potter series.

For nearly a decade, David worked in educational publishing, developing digital textbooks for social studies classes in grades 6–12. In this role, David had the privilege of working with and learning from social studies educators around the country and supporting them in delivering high-quality, inclusive curriculum.

Every dollar donated helps our campaign reach new eyes and ears. Click the donate button to contribute through our ActBlue page.

Together, we can make change for Conway, our Valley, and New Hampshire. We’re always looking to hear your questions and to learn more about the change you hope to see.